Are we ready to use drones to map India?

You are here: Home / Blog / Article / Publisher / New Indian Express / Are we ready to use drones to map India?

Are we ready to use drones to map India?

The Survey of India plans to use drones to create a high-resolution map of every inch of India. It comes with unprecedented privacy and security challenges

Original article was published in The New Indian Express 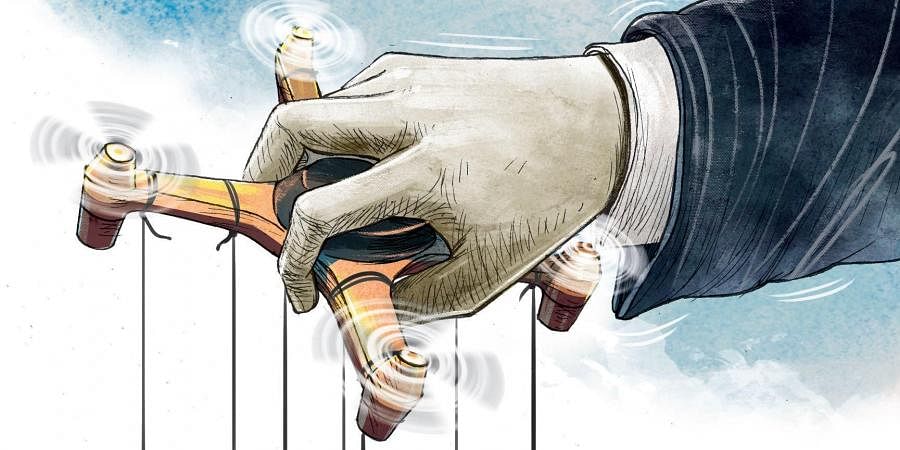 The Survey of India (SoI) has embarked upon an ambitious project of using drone imaging to create an ultra-high resolution spatial and topographic map of India. Professor Ashutosh Sharma, Secretary, Department of Science and Technology, calls it the biggest endeavour in Indian mapmaking since the Great Trigonometrical Survey in the 1800s, which produced the first high-precision maps of India. At a cost of `300 crore, the project aims to capture ultra-high resolution images of 75% of the country accurate to 10 cm by 2021. To put this in perspective, a typical service like Google Maps is usually accurate to a few metres. Drone-based mapping has already begun in the states of Maharashtra, Haryana and Karnataka.

The SoI plans to create two kinds of maps. The first will be high-precision Defence Series Maps accessible only for defence and military purposes; the second are general-purpose Open Series Maps to support civic, commercial and government projects. The increased accuracy can yield tremendous benefits. High-accuracy maps empower urban bodies and panchayats to do more accurate and reliable development planning. They facilitate digitisation of land titles, giving citizens verified land ownership. Across business sectors, there is an increasing demand for various kinds of map-based data.

Important as this project is, using drones to capture high-resolution images of nearly 2.4 million sq km of India comes with unprecedented challenges. Drones are fundamentally different from previous mapmaking technologies as they have the ability to capture high volumes of data. A drone can be equipped with a massive array of sensors including high-resolution cameras, audio sensors, infrared sensors, GPS, movement detection, license plate readers, facial recognition, etc. So they require a fundamentally different regulatory approach.

Currently, drone use in India is governed by Drone Regulation 1.0,  a temporary set of guidelines by the DGCA that do not adequately address privacy, data manipulation and security concerns that emerge from newer drone capabilities. They seem to treat drones as merely smaller versions of aircraft—focussing essentially on their weight, payload and the ranges of altitudes at which they fly. Beyond concerns about preventing the usage of drones in restricted airspaces, an emphasis on producing an extensive documentation trail and involving other agencies that might consider drones to be in their range of concern, there is not much in this stop-gap policy guideline to address pressing issues. With the Srikrishna Committee report yet to be implemented, there are no effective guidelines that govern the nature of data capture, manipulation and storage by drones. There is a strong possibility of unintended image captures that could infringe upon a citizen’s right to privacy.

Finally, there are conflicting reports about the possibility of the mapping project being executed through third-party collaboration. Given the absence of an effective drone regulatory framework and an overarching data protection law, the SoI needs to proactively set standards to regulate and limit the scope of activity. There must be clear limitations on what kind of sensors are permitted on these drones, restricting the possibility of surveillance. There is also the question of whom the drones are to be acquired from, given India’s heavy dependence on drone imports from China. The political nature of hardware came to the fore recently with the global backlash against the Chinese giant Huawei’s 5G telecom infrastructure for alleged cyber-snooping. Lastly, where and how we store this high-resolution data becomes a security issue, given the global move towards nationalisation of servers to protect sensitive data.

High-resolution mapping is just one of many purposes for which drones are increasingly being deployed in India. According to a study by BIS Research, the market for commercial drones will be worth around $900 million by 2021. To curb the dependence on China, the DGCA has recently allowed five companies to make drones in India. But this only goes so far. In allowing it without an effective regulatory framework, India might have missed the first checkpoint on the route to responsible technology use.

Approaches such as Privacy-By-Design (PBD) ensure privacy compliance by mandating manufacturers to incorporate it at the manufacturing stage itself. In the absence of such guidelines and a comprehensive privacy law in India, the terrain could be fraught with legal challenges.
The entire issue brings to light broader challenges surrounding emerging paradigm-shifting technologies in India. The pace of development and the scale of impact of these technologies demands a fundamental rethink of our approach to legislation, regulation and policymaking. At present, India not only lags behind in effective legislation, but also in creating institutional mechanisms that can formulate and enforce regulatory frameworks. There is a paucity of government talent that understands this paradigm shift.

These shortfalls have to be addressed rapidly. There is much to learn from the regulatory best practices across the globe. At the same time, the size of the Indian market, the nascent nature of regulation and India’s growing influence on the global arena provide a window of opportunity to take the lead in shaping norms and best practices in these domains. This requires coherence between different departments as the impact of these technologies cut across multiple governance domains. What India needs now is not cautious over-regulation that stifles. We need to adopt a smart, adaptive regulatory approach that maximises the upside of technological innovation while clearly limiting the downside risks. The first step towards this is to have a vibrant public discourse on the pressing social, political and economic questions that these technological shifts pose.

Original article was published in The New Indian Express

Are leaders born or made?
Scroll to top